. . . and march in glory through the streets of Persepolis!

As I recall, this may be a line from a play called Tamburlaine the Great by  Christopher Marlowe, but how would I know? I never read it. So where did I 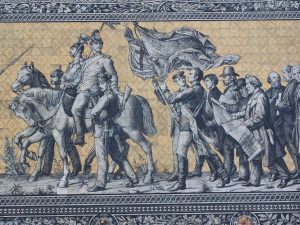 get such an irrelevant phrase? Portland State University, circa 1974 or thereabouts. I was in a play there and one of the professional actors in the production spoke the line out of context observing that when one  had nothing better to say, the line could as easily fit in one place as another. Relevance wasn’t an issue anyhow. So, while walking from place to place, or doing any number of random though needful activities why not simply sigh and say, “Ah, ’tis grand to be a king and march in glory through the streets of Persepolis!”

Indeed, why not? Relevance is highly overrated.