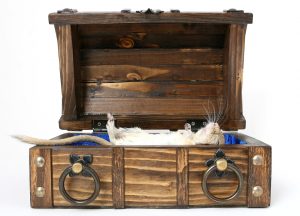 To which my friend replied, “I’d rather be seen than viewed…”

I instinctively recognize a Danism when I hear one, so I adopted this clever reference to the local funeral parlor as my own.

Which reminds me of something I heard another friend say when he was asked what he would like for people to say about him at his funeral. His answer: “LOOK! He’s moving!”